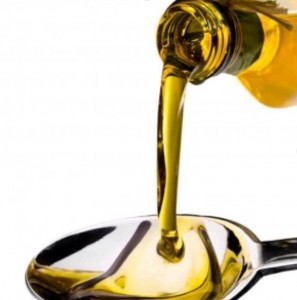 A lot has been written recently about a ‘new’ way to keep our teeth and gums healthy. ‘Oil-pulling’ claims to be a safe, effective alternative to traditional toothpaste and mouthwash.

Western society is becoming more health-conscious. We are now, more than ever, beginning to read the labels of the foods and drinks we consume. People are beginning to realise that a lot of the so-called healthy foods contain harmful chemicals. A trend is beginning: to make smarter decisions about what we eat, drink, put on our body, and keep in our home.

And on the back of this trend, ‘Oil-pulling’ has recently attracted a lot of publicity.

So what is oil-pulling?

The phrase “oil-pulling” comes from the process of the oil being “worked” in the mouth by pulling, pushing, and sucking it through the teeth. But it’s not a new therapy at all. It has its origins in Ayurvedic medicine.

In fact, the Ayurvedic text Charaka Samhita — which is over 2000 years old — describes oil-pulling as a way to improve oral health and prevent bad breath.

The procedure involves rinsing about one tablespoon of oil around in your mouth. As the oil hits your teeth and gums, bacteria are picked up as though they are being drawn to a powerful magnet.

The longer you push and pull the oil through your mouth, the more bacteria are pulled free. Generally, about 10 minutes is enough, at which point the oil turns a milky white.

Most microorganisms inhabiting the mouth consist of a single cell which is covered with a lipid (fatty) membrane. When these cells come into contact with oil they stick to each other.

Different oils have been suggested such as sesame and sunflower oil, but these oils both have omega 6 fats that are pro-inflammatory, and most of us have too much of these in our diet as it is. Coconut oil is preferred because 50% of the fat in coconut oil is made up of Lauric acid. Lauric acid is very well known for its antimicrobial actions. It inhibits Strep mutans that are the primary bacteria that cause tooth decay.

The mouth is the gateway to the body
There is no question that oil-pulling reduces the bacterial load in the mouth. When you consider the fact that a clean mouth may have between 1,000 and 100,000 bacteria on each tooth, and those that do not have a clean mouth may have between 100 million and a billion bacteria on each tooth, surely oil-pulling can’t hurt?

So how can oil pulling help us?

Bad breath (halitosis)
About 85% of bad breath comes from the mouth. The rest comes from the gastrointestinal tract.
Common factors that cause bad breath include gum disease, tooth disease, and a tongue coating. Some studies have indicated that oil-pulling is as effective as many mouthwashes in fighting bad breath.
Reducing plaque and gingivitis
Gingivitis is caused by inflammation of the gums. One study showed that oil-pulling is as effective as over-the-counter mouthwashes in helping with plaque-induced gingivitis.

Whiter teeth
While lots of people claim that oil-pulling whitens teeth, there isn’t any published research on this. It’s only anecdotal.

Sjogren’s syndrome
A study in Canada found that oil-pulling had some benefits for those who have Sjogren’s syndrome, an autoimmune condition that damages salivary glands and causes dry mouth*.

Pulling & eliminating toxins from the blood / body
Some people have proposed that oil-pulling will pull impurities from the blood. However, our gums don’t seem to allow this kind of exit from the bloodstream into the mouth. So any oil in our mouths won’t come into contact with blood, nor will it “extract” anything from it.

Are there any dangers?

Oil-pulling is pretty safe in general. But here are a couple of small cautions:
We are advised to swish the oil for about 10 minutes. Because of this, there’s a very small risk of accidentally inhaling the oil and getting lipid pneumonia (i.e. fluid buildup and potential infection).

However, so far, all the research on oil-pulling hasn’t been exactly convincing. Most studies looking at oil-pulling are small, short, or incomplete. But that doesn’t mean it’s useless. It just means that the science isn’t there yet.

My advice is that oil-pulling could be beneficial to our mouths. But it does not mean giving up on brushing and flossing. Oil-pulling does not reverse the effects of tooth decay.
But how will you know if it’s actually made a difference?

Try a before-and-after test. The next time you’re coming in, let us know if you’re considering oil-pulling. We (your dentist and hygienist) can then make a series of checks, record them and review on your next appointment.

We can also help to see if oil-pulling is appropriate for you. If you have sensitive teeth or receding gums, it might be better for you to oil-pull only occasionally rather than daily.

First thing in the morning, before eating or brushing your teeth:
1. Take about a tablespoon of edible oil (such as sesame, coconut, or sunflower oil).
2. Put it in your mouth without swallowing.
3. Swish it around for 5-10 minutes.
4. At the end of the 5-10 minutes, spit it out.
5. Rinse your mouth completely with warm water.
6. Brush and floss your teeth as normal.